I love this quote, because I find it to be so true.  What do you think?

So the story goes, there were two teen-age friends who passed each other on a Sunday morning. One friend said to the other, “I’m going fishing, would you like to go with me?” The other friend replied, “No, I’m on my way to Sunday Mass.” This same thing happened for a month of Sunday’s until the one friend said to the other, “You know, I’ve invited you for several Sunday’s to go fishing with me, but never once have you invited me to go to Mass with you.”

The Catholic word for invitation can be evangelization.

So the question here is, what is a true friend?  The Lord Jesus Christ gave us the definition of a true friend: “Greater love has no one than this, that he lay down his life for his friends. You are my friends if you do what I command. I no longer call you servants, because a servant does not know his master’s business. Instead, I have called you friends, for everything that I learned from my Father I have made known to you” (John 15:13-15). Jesus is the pure example of a true friend, for He laid down His life for His “friends.” What is more, anyone may become His friend by trusting in Him as their personal savior, being born (again) into new life in Him.

Proverbs is another good source of wisdom regarding friends. “A friend loves at all times, and a brother is born for adversity” (Proverbs 17:17). “A man of many companions may come to ruin, but there is a friend who sticks closer than a brother” (Proverbs 18:24). The issue here is that in order have a friend, one must be a friend. “Wounds from a friend can be trusted, but an enemy multiplies kisses” (Proverbs 27:6). “As iron sharpens iron, so one man sharpens another” (Proverbs 27:17).

So to have a true friend means that you have to be one. I first learned how to be a true friend by the example of my father with his friendships. I consider myself fortunate.  I learned too that sometimes to have true friendship is easier said than done.  I stopped counting the number of times that I’ve been honest with a friend – someone I cared much about – who gave me the (trust or) permission to speak to them about their life …. as others have done with me … only to find the person doesn’t want to hear it or talk about it, or becomes hurt or offended by what I said – but this also taught me how to say things better.

I’ve learned the hard way that either few people today know what a true friend is, or we are fortunate to have one person in our lives that we consider a true friend  – someone that we trust to be matter of fact with us, loyal, and to share our deepest secrets with.  And often (sadly) this is someone other than a sibling or our wife, rather than in addition to.

As I’ve said before in other blog posts, Jesus confronted people because he loved them. However, you don’t have to look real hard to see in our self-gratification culture today that many friendships are on the basis of “if you don’t tell me what I want to hear, then you’re not my friend”.  It’s common today to work at giving others their own space and not offending them. Even spouses are to be the best of friends – a gift to each other – yet many marriages I find have too many stressors and distractions to even think about working at friendship, much less marriage.  This can be one reason many couples today live together without marriage vows.

With marriage especially, the important thing about friendships, and relationships, is to be embracing differences. In marriage there really is not irreconcilable differences, only people who refuse to reconcile. It all begins by accepting our differences as an asset to each other in the marriage, rather than a liability.

Said another way, reconciliation and forgiveness is the most important action in maintaining a true friendship …. and marriage.  It happens when we care about others and their feelings before our own, when we have to put our pride and our personal agenda on the back burner, so to speak.  I have discovered that unless it hurts it’s not true friendship, for God gives us true friends not only to inspire each other, but to help us to grow and to strengthen our trust and faith in Him and the power of prayer.

Sometimes this process of God “pruning” our lives can take years.  It means going through – as many times as it takes – the process of working through misconceptions, barriers, etc. when society says walk away and move on to another relationship.

In the Gospels (Mark 12:41), the poor widow gave two small coins worth a few cents, and Jesus said, “Amen, I say to you, this poor widow put in more than all the other contributors to the treasury.  For they have all contributed from their surplus wealth, but she, from her poverty, has contributed all she had, her whole livelihood.”

True friendship gives from it’s poverty, from what we don’t have.  Not financially, but from our ‘unfamiliar territory’ – when our conscience and our will tell us to do what the Lord commands us, despite our own human understanding.

The way to know you have a true friendship is that, a true friend keeps coming back. It’s usually a person whom you’ve never known anyone like them …  And you know that you never will again. That you are both better persons for knowing each other.  Someone you can thank God for bringing into each others lives. And this can also be several people, each, throughout the seasons of life.

All of this reminds me of the old James Taylor song, “You’ve Got A Friend”.  The lyrics go something like:

” You just call out my name

And you know wherever I am

Today, ask your wife, your kids, and your friends, “How can I be a better friend to you?”

I know that I’ve only scratched the surface here about true friendship.  So, I would like to learn what true friendship means to you? Make a comment below, or send a private email on the Contact Us page. I will share (anonymous if you say so) response to this question in an future blog post. 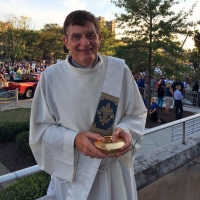 Living the Truth the Church Teaches

Learning how to from learning from ...

Wisdom for every day.

Hope isn't an emotion, but a daily choice.

Aleteia is a worldwide network providing daily content designed to inspire readers in their daily life.

Breaking In The Habit

Reflections of a Friar in Training

Bringing hope to the community through sacramental marriage

Simply Sharing Divine Mercy to Cultivate a Culture of Life